How to Transition Between Two Different Wood Floors 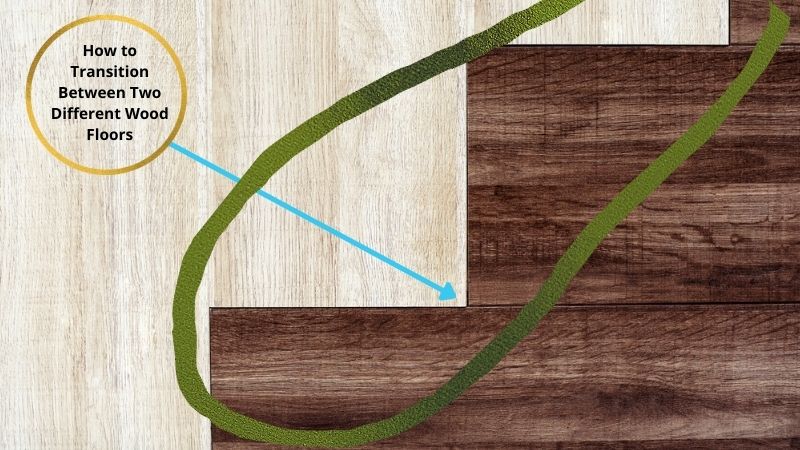 Here’s a guide on how to properly transition between two different hardwood surfaces.

Can you mix two different hardwood floors side by side?

Yes, you can mix two different wood floors side by side. However, whenever homeowners have two different hardwood floors adjoining each other, they often try to match the colors for continuity in visual aesthetics.

But this doesn’t always give the desired results, as even with the same color of wood flooring installed side-by-side, close mismatches in the tone of the wood graining will still be visible.

A better alternative- therefore- is usually to create intentional contrast by not trying to match the shades of your hardwood floors and instead of installing two different shades of hardwood in adjoining rooms. For instance, a darker hardwood floor (such as mahogany) would most certainly look great next to a lighter hardwood (such as white oak or maple).

Homes with open floor plans usually combine the kitchen, dining room, living room, and entryway area into one large space for a better flow of natural light and traffic. Let’s say you bought a home with an open floor plan and would still love to enjoy these advantages, but with a bit more visual separation between the different spaces.

You can create this separation by using different hardwoods within the various spaces- and then arranging them in contrasting patterns- say, from straight to parquet. Meanwhile, for hardwood flows with different graining in rooms that lie side-by-side, you can create a transition using wood-to-wood seam binders or T-moldings, both of which we shall discuss later.

When two hardwood floors laid side-by-side don’t have a door separating them, it’s important that the planks are laid facing in the same direction for a unified aesthetic. However, if there’s a door between the two rooms, you can lay the two wooden surfaces in opposite directions for added visual intrigue.

Conversely, when looking to mix hardwood flooring by installing it in a smaller, adjacent room, a lighter shade of wood (such as hickory) is recommended.

How to Transition Between Two Hardwood Floors

In this section, we’ll go through some of the ideas for transitioning two types of wood floors.

A Transition-molding (T-molding) can be used to create a visually appealing transition between two hardwood surfaces, without closing up the expansion gap between the two floors. The narrower part of this T-shaped molding fits into the gap between the two adjoining floors, while the upper part closes up the gap. To fasten a T-molding, you can either use the glue-down method or the screw-down method. Both of these methods involve the use of a metal track that comes included inside the T-molding kit:

While five-inch wide wood-to-wood seam binders are the most common, they’re available in varying widths. You can also finish your seam binder to better match the color and tone of your hardwood floors. This shouldn’t be difficult as they’re often sold without any layer of finish/stain. Remember- however- that allowing your seam binder to be clearly visible as a transition between the two wood floors can also provide great visual aesthetics. So- whether to finish or not is simply a matter of personal preference. 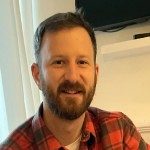 3 thoughts on “How to Transition Between Two Different Wood Floors”